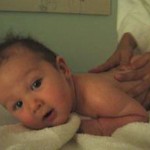 Chiropractor Webster NY, More and more parents are beginning to look to chiropractors to complement their children’s health care. Chiropractic care involves diagnosing spinal misalignments and correcting them by adjusting the spine. A slight pressure is most commonly used with children rather than the more forceful manipulation sometimes used with adults.

Chiropractors attempt to get to the root cause of a health problem rather than just treat the symptoms.  Read the rest of the article here.

Chiropractors attempt to get to the root cause of a health problem rather than just treat the symptoms. Misalignments of the spine (also called subluxations) can occur during childbirth, from tumbles or falls, or from any other normal activity. Our Chiropractor Webster NY can assist you. Misalignments left untreated can irritate the nerves and eventually disrupt the body’s ability to function properly. The purpose of a chiropractic adjustment is to help to restore the normal functioning of the nervous system so the body can heal itself without the use of drugs or surgery.

Ear pain is the number one reason for child visits to chiropractors. Many chiropractors believe that there is a strong link between the birthing process and recurrent ear infection, also known as otitis media. During the birthing process, cervical (neck) vertebrae can become misaligned, disrupting nerve function, which can affect the eustachian tube. This may lead to fluid buildup in the middle ear and cause otitis media.

Ear infection or otitis media accounts for over 35% of all pediatrician visits in the United States. Antibiotics, the usual treatment, are not always effective and may even lead to a recurrence of ear infections. Many children are dealing with a continuing cycle of repeat ear infections, which lands them back at the pediatrician for more antibiotics. For nearly 100 years, the chiropractic profession has claimed that ear and other upper respiratory infections respond favorably to chiropractic adjustments.

A promising study published in the Journal of Clinical Chiropractic Pediatrics indicates that there is a strong correlation between chiropractic adjustments and the resolution of ear infections. 332 children with chronic ear infections participated in the study. Each child, ranging in age from 27 days to 5 years, was given a series of chiropractic adjustments. The results show that close to 80% of the children did not experience another ear infection within the six-month period following their initial visits. The six-month period included maintenance treatments every four to six weeks. Joan M. Fallon, D.C., the author of the study and the chiropractor who treated the children in the study, states that this pilot study can serve as a starting point from which the chiropractic profession can begin to examine its role in the treatment of children with chronic ear infections. She asserts that large-scale clinical trials need to be undertaken in the field.