How Effective Are Holistic Treatment Cures For Cancer? 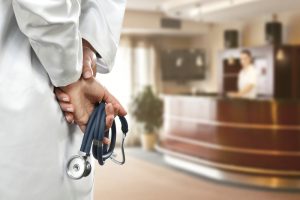 Cures for Cancer – Big Business in the US

Cancer has become big business in the United States. Statistics from Standard and Poors have shown that the disease consumes over $300 billion a year in GDP.

All of this in a culture where cancer rates are increasing as it now strikes one person in three in the country.

By comparison, this number has grown substantially as the previous rate was only one in twenty at the turn of the 20th century.

How can this happen?

With our mainstream advanced medical technology, one would think cures for cancer would be a piece of cake. Yet incident rates are rising exponentially.

Perhaps some of the problem lies in the dynamics of the business model itself. Of the makers of the chemo drugs, three pharmaceutical companies control the market.: Novartis, Amgen, and Roche.

These companies have over 60% of market share and often set the price structure of other companies. As a result, more and more health care is driven by a corporate model of profit margins and expense control. Expense control can limit a patient’s choices and patients are herded down a chute with few choices for their care.

It’s not uncommon for doctors to be handicapped in their profession. They’re not allowed to be healers so much as ‘Betty Crocker’ doctors, having to follow an established protocol laid out by the insurance companies and drug manufacturers. This is the so-called Standard Of Care.

Are these the cures for cancers we need?

Additionally, the compensation mechanism is different with oncologists than conventional doctors. In most states, patients can’t pay their chemotherapy through their local pharmacy. Instead, it’s the oncologists who buy the drugs direct at wholesale prices. The drugs are then marked up and the insurance company and patient gets billed.

The legal profiting off this system in health care is unique to the cancer world. They’re making money off the drugs that they insist will save lives. In any other profession, that would be viewed as a huge conflict of interest.

More about cures for cancer

It’s important to note that cancer is more a metabolic disease than a genetic one. Yes, genetics may play a part but there are no new physiological processes at work in the body when cancer is present.

Either the body’s systems are running too fast, too slow or their out of synch with one another. Consequently, if the major problematic areas can be identified they can often be addressed through the proper therapy. This can be done by balancing the body’s functions, a common practice both in holistic medicine and acupuncture.

All dysfunction in the body is stress, be it nutritional, structural or emotional. The key then is to identify that stress especially in seeking a cancer cure, often seen on a case by case basis as cancer itself can differ as much as people.  However, As with any degenerative disease, diet, digestion and detoxification needs to be the first priority.

What can complementary therapies do?

Treatment protocols in holistic medicine, enzyme therapy, and oriental medicine have all shown to have a therapeutic place for the patient. Developing cancer can be as simple as not being able to digest protein adequately.

It’s good to keep in mind that in Chinese herbology, Reishi mushrooms are loaded with healing properties. Just recently, the public has become aware of their health power. They can be consumed in the form of teas, pills, and soups. Studies have shown Reishi mushrooms support both liver health and lung function.

There are other possible reasons for the increase of cancer patients. The presence of environmental toxins has also been shown to be a causative agent for cancer. These are issues which can show up in a patient’s case where simply by reviewing a patient’s work history often provides a tip off as to a possible source of their illness.

When faced with cancer or some other kind of life-threatening disease it’s important to assess your options and keep your wits about you. Although western medicine and its technology has much to offer keep in mind that’s there’s thirteen different schools of medicine in the world. While some of these are practiced mainly in other countries there are still practitioners in the United States. So find a holistic doctor that’s right for you. Many of them have backgrounds in western medicine and can interface well with your primary provider and treatment plan. It’s an easy resource which should be considered.

Learn more about our holistic care at Chiropractic Health and Acupuncture.