The Importance Of Range Of Motion in Rehabilitation 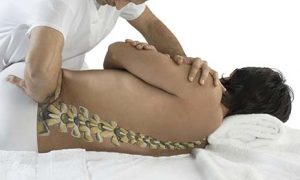 Anyone who has suffered a serious injury or undergone surgery knows the pain involved with trying to get their range of motion back.

Range of motion is an important issue and is defined as the distance your joint can be moved in a specific direction. This is measured with a device called a goniometer before and after each therapy session. Whether it’s knee, back or even from abdominal surgery, there is common tendency not to move the area and let nature heal it on it’s own. However, this is often the last thing the patient should be doing.

Not moving sets injuries up for extra pain and even more limitations. Patients need to stay motivated to get healthy again and that means get moving as soon as possible. Fear and pain get in the way, but an inactive joint will often encourage the formation of more inflammation and arthritis. This can lead to additional breakdown of joint tissue. Movement might be the most important variable in rehabilitation from preventing further injury. The sooner a patient gets moving, the sooner they can get back to their former routine of strength and health.

This issue has been known by chiropractors and physical therapists for years. It’s the number one reason active movement is encouraged after a surgery or injury. Inflammation is part of the healing process, but proper motion also needs to be restored to the joints so metabolic wastes can be removed. It’s very important ligaments and tendons are able to keep their integrity.

Most joints move in several planes of motion. When one of these movements stops, it can put the injured area in a compromised state. Where the mechano-receptors don’t engage correctly and the body’s biomechanics become an issue.

It’s common for whiplash patients come to our office after weeks of being in a restrictive neck brace. Often these patients prove the most difficult to treat as their therapy should have started within 72 hours of the original injury. This can happen when aggressive pain killer regimes and rest are prescribed to let things “heal on their own.”

So what to do then if an injury occurs? If it’s acute or recent, elevate and ice and rest short term. Don’t be afraid to move that area especially after X-rays have been taken and you’ve been given the all clear. Most important, get yourself into a treatment plan soon after injury or surgery and restore joint movement.