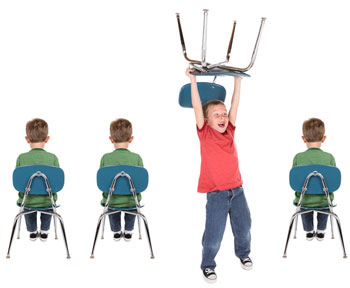 Dr Sadlon is a Chiropractic in Rochester NY treating hyperactivity with chiropractic.  In recent years there has been an explosion in the underage school age population needing pharmacological medication for hyperactivity disorders. Such diagnoses as ADHD and ADD were unheard of 30 years ago but seems to be on the rise as the public school system deteriorates into being another broken down cultural engine. Additional issues as poor nutrition, stress in the family, poor sleep and study habits are also cited as variables for hyperactivity. According to medical historian Harris Coulter Ph.D and a growing number of medical doctors also believe the increase in these diagnoses is due to childhood vaccinations which are poisonous to the brain.  And all too often school psychologists themselves are quick to pull the trigger on the diagnosis as the number of reported cases can tie into federal funding. Consequently the diagnosis itself becomes a political correct issue. However, Drugging children is not the answer and according to Dr. Peter Breggin well known pediatrician, psychiatric drugs such as Ritalin can cause drug induced behavioral disorders, psychosis and neurological tics such as Tourette’s syndrome. Children on Ritalin often become withdrawn and depressed. The prescriptions given to minors frequently cause similar issues which they’re suppose to negate such as inattention, hyperactivity and impulsivity.

In contrast, parents and educational professionals have reported on the effectiveness for children in treating hyperactivity with chiropractic for generations. Many of them with neurological disorders and learning disabilities such as dyslexia and autistic behavior. One of the most important studies on chiropractic care and children was conducted in the 1930’s at a Kentucky reform school. A test population of 244 children were given chiropractic care. When matched against the control group health and scholastic achievement improved dramatically. By correcting spinal misalignments chiropractic is an input into the nervous system and can restore neurological balance. Other studies indicate that chiropractic can improve blood flow to the brain and reduce anxiety as cited by Terrett in 1993.

In treating Hyperactivity with Chiropractic care a nutritional approach is often also incorporated. Poor carbohydrate digestion often leads to an inability to get glucose into the brain and also result in low potassium levels. This can further promote symptoms of hyperactivity as the child becomes increasingly agitated. This is best dealt with dietary recommendations and an elimination diet of processed foods.

To learn about treating Hyperactivity with Chiropractic check out the link below:
http://www.alternativementalhealth.com/children-addadhd-and-chiropractic/ 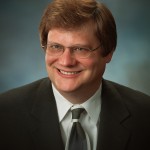 At Chiropractic Health, Wellness and Acupuncture we have been treating hyperactivity with Chiropractic Care since out inception in 1983.  Located in Penfield the office serves Webster, Fairport, Brighton, Pittsford and the greater Rochester NY area.

Contact us today to discuss how we treat hyperactivity with chiropractic.  We look forward to providing you with alternative options for treating hyperactivity.