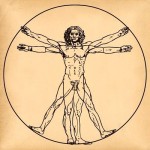 Acupuncture and Prostate Disorders appear to have a positive correlation of effective treatment. In a recent study by the American Journal Of Medicine, acupuncture was shown to more effective in treating prostatitis when matched against a control group receiving Sham treatment. The two groups received the same treatment protocol over several weeks but in the case of the control group the location and depth of the needles were different.  At the end of 3 months the experimental group reported significant results in terms of pain, tenderness and increased sexual activity. The prostate gland is a small walnut size organ that sits under the male bladder. It often enlarges later in life due to the aging process and can also be the site for infection due sometimes to life style issue or dietary stress. Foods high in acid content such as orange juice or tomato sauce can irritate the prostate and increase the chance of infection. The prostate responds well to small doses of iodine and the herbs saw palmetto, alfalfa and parsley. Nutritional work conducted by Dr. Howard Loomis also suggests the prostate enlargement can be due to poor fat metabolism, either as a deficiency or the body’s inability to process fats properly. Consequently unsaturated foods rich in fats such as flak seed are often recommended along fat digestive enzymes.  In the application of Acupuncture and Prostate disorders an acupuncturist would  review the patients history relative to past episodes and other related health and family issues. A diagnosis is then made based upon the shape and color of the tongue along with palpating the radial pulse from a Chinese Medicine classification. Each patient is different and the needle protocol would vary on the severity of the condition. Often the acupuncture needles are placed along the inside of the leg following the liver meridian and combined with acupuncture points on the navel and arms below the elbows. Your acupuncturist might also recommend exercises and sitz baths as part of the overall treatment. As a complementary medical form of treatment Acupuncture and Prostate disorders appear to work well for most men and also appear to enhance any main steam therapies suggested by your family doctor.