Chiropractic for Digestion and Ulcers 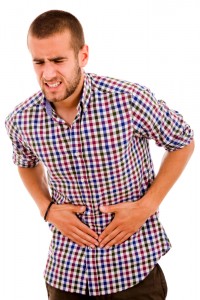 Chiropractic for Digestion and Ulcers

Chiropractic for Digestion and Ulcers, The next time you’re tempted to reach for that that little purple pill for your upset stomach you might want to give chiropractic a try instead. Chiropractic for Digestion and Ulcers has a long history of success in bringing lasting relief to these type of gastric issues. In a study done by Bryner in JMPT 1996 demonstrated a positive outcome for patients suffering from both heartburn and ulcers with the use of chiropractic. In an additional study by Leboeuf JMPT 1999 385 chiropractors were involved in seven countries and collected information on 5600 patients many of whom demonstrated a positive outcome to manipulative therapy when compared to protein pump inhibitors. Digestive disorders such as heartburn and ulcers are poorly understood and often the medical approach of limiting stomach acid can make matters worse. Typically these drugs contribute to osteoporosis and can create a biofilm in the stomach similar to plague on the teeth where bacteria can thrive.  From a physiological viewpoint there is no such thing as too much stomach acid and often pharmacological drugs are just masking the side effects.  A chiropractic approach is to analyze your spine for misalignments resulting in compromise nerve flow to the organs of digestion. These  misalignments known as subluxations can have a detrimental effect on the body and can often slow the digestive process down. In one fascinating study by Masarsky CS, Neurological Fitness 1993, researchers surgically created artificial vertebral subluxations in rabbits . Within 22 minutes there were changes in the stomach and the duodenum. The use of Chiropractic for Digestion and Ulcers is a natural approach without  drugs or surgery . At Chiropractic Health and Acupuncture our doctors have been serving the greater Rochester NY community since 1983. Call us today for a free consultation for help with your stomach issues.